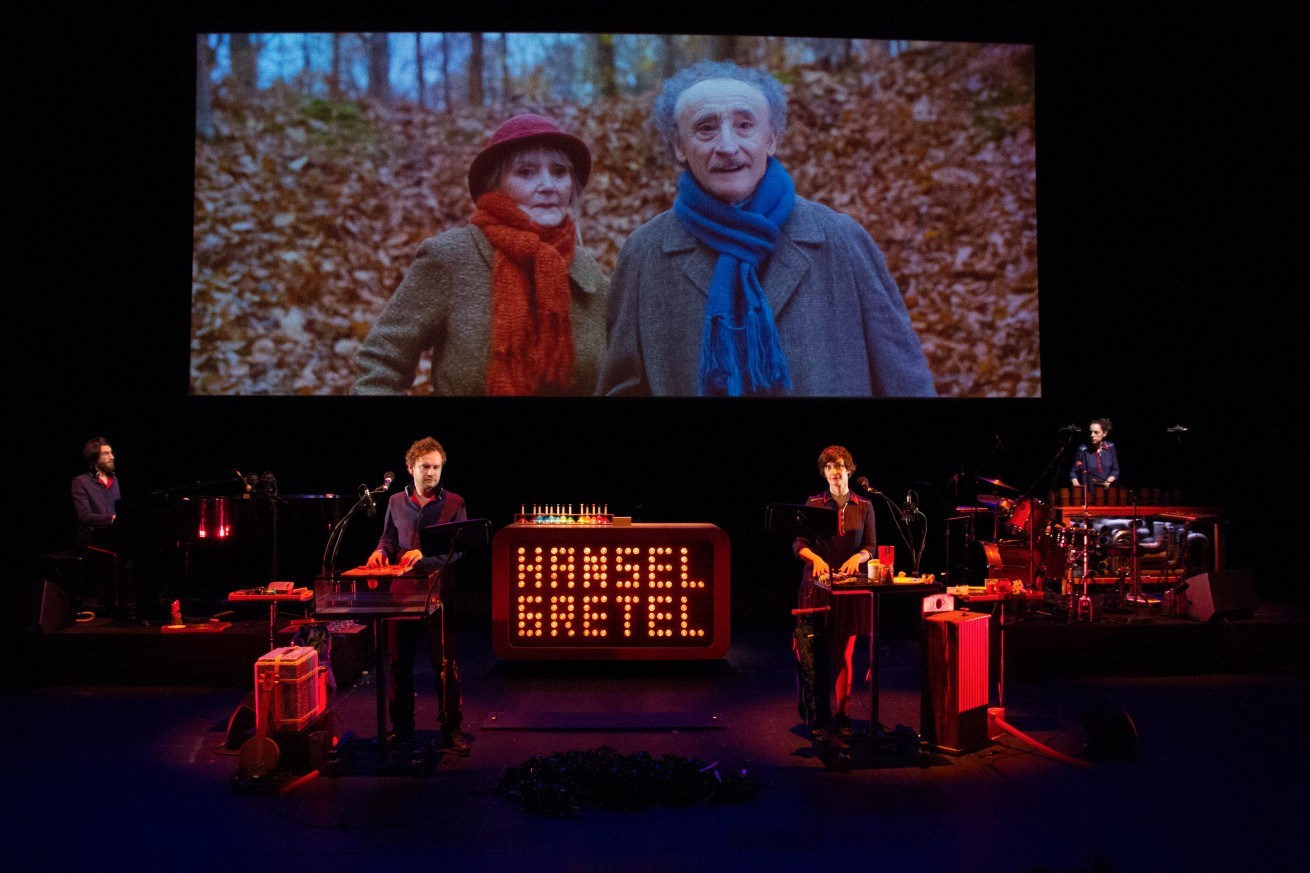 The story of Hansel and Gretel is one of the oldest and most famous of the European repertoire.
In this version imagined by Samuel Hercule and Métilde Weyergans, Hansel and Gretel are not children but an elderly couple. And the tale is set in a small northern town of France during the ‘70s economic crisis.

Jacob lives in a caravan with his parents: Hansel, his father, and Gretel, his mother, who are retired magicians. Jacob has worked at temporary jobs through an agency, he has a number of job experiences but has been unemployed for over a year now. The family is very poor and their situation worsens day after day

One day, he runs into Barbara on the side of a country road. She will change his life. During one of his sleepless nights when he is haunted by dark thoughts, Barbara manages to persuade him to abandon his parents in the forest.

A reflection on our times

Our version of Hansel and Gretel  strives to be a cruel and poetic tale, set in the middle of the financial crisis of the ‘70s. With his back to the wall, Jacob wonders how he is going to keep feeding his family. Here an unpleasant truth is illustrated: poverty and need don’t improve character, but make us more selfish, less sensitive to other people’s suffering and also more prone to launch into foolish, even cruel, actions. By reversing the child/parent roles, Hansel and Gretel questions our relationship to elderly people. How do we deal with the daily financial and emotional weight brought about by the loss of autonomy of our forebears?

After the tale by Jacob and Wilhelm Grimm

Running Time: 1 hour – Suitable for all audiences over the age of 6.