Snow White or The Fall of the Berlin Wall 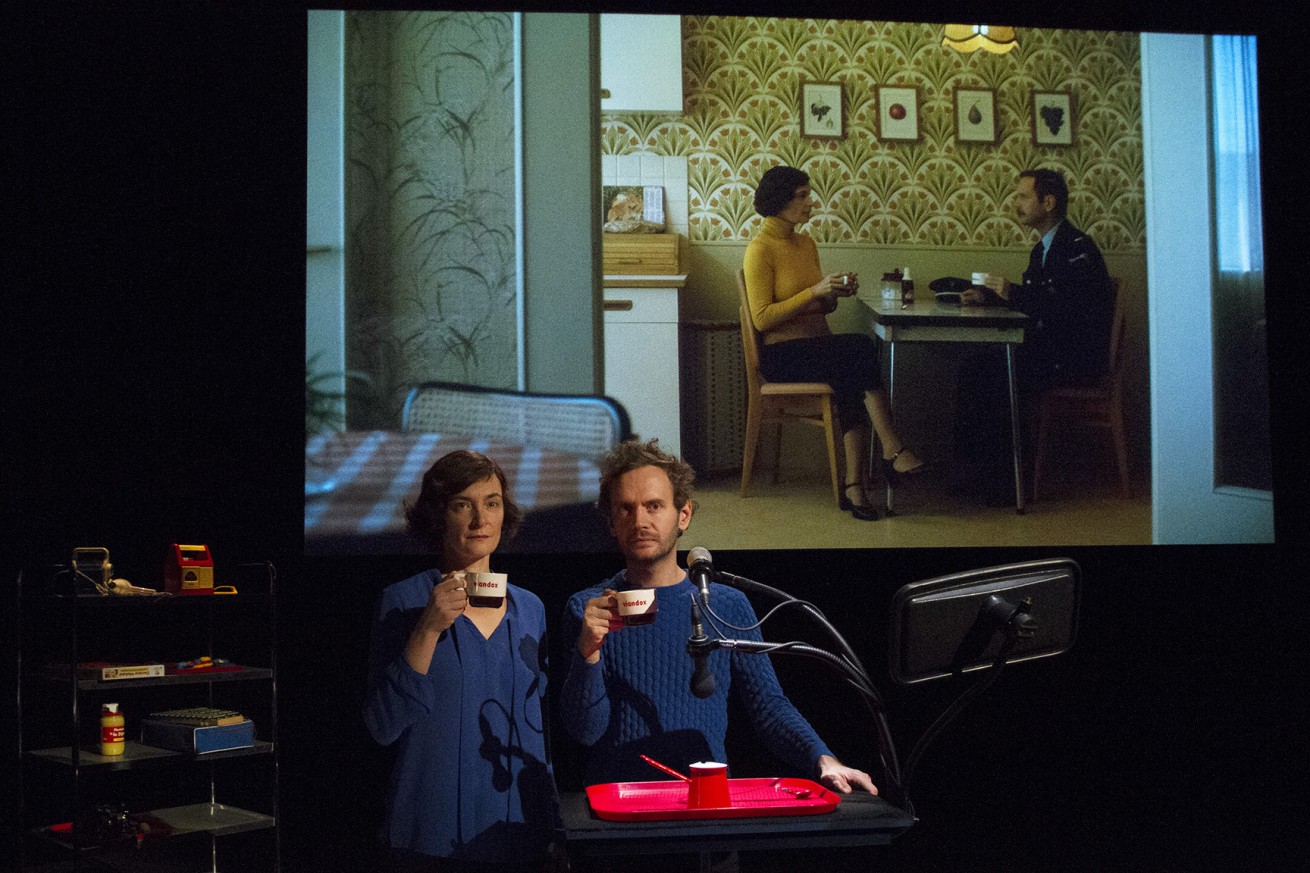 End of summer 1989. On the top floor of the highest tower in the “Kingdom”, a social housing high rise block on the edge of the forest, Elizabeth, a woman in her forties, is bringing up her step-daughter, Blanche, single handedly. Blanche is a very beautiful fifteen year-old adolescent sporting a Gothic look: her mother died when she was little and her father, a famous trapeze artist, left many years ago to work with a circus in the USSR.
Peaceful coexistence is not always an easy task.
Over the years, a wall has gradually materialized between Blanche and Elizabeth. And two thousand kilometers away, Berlin is still cut in half…
Between misunderstandings and tensions, fugues and states of anxiety, “Snow White or The Fall of the Berlin Wall” reinterprets the key elements of the famous fairy tale while melding them with this new version set in the historical context of the Cold War: the forest (dark), the dwarfs (garden gnomes), the poisoned apples (candied apples) , the mirror — magical?…
Come autumn, will the fall of the wall coincide with a renewed connection between our heroines?
Will they fall together? Or separately? For better or for worse?

Making the wall crumble and fall

With our reinvention of the Snow White fairy tale, we blend the intimate story of our heroines with the greater, more universal history of the world.

We witness Elizabeth’s sometimes funny, often troubled daily life. A flight attendant in her forties, she can’t help her «preachy» tone towards Blanche. After all, she is raising this Gothic, mute and tormented adolescent on her own. Between them, the status quo is a kind of peaceful coexistence. At age 15, Blanche’s response to life, politics, and her step-mother is to blow huge bubbles with her bubblegum, have her walkman glued to her ears and wear a “The Cure” t-shirt. The kind of situation that sounds familiar, whether you be a parent or a child…

Our show continuously plays with the double layered interpretation that an event or an attitude can trigger, according to your age, culture or life experience.

Here, the story is told with humor from the point of view of the fairest one of the kingdom. No, Blanche is not that sweet naive girl we’ve been told she is. No, Elizabeth is not the evil narcissistic persona everyone thinks they know… Once again, we turn this well-known story inside out, we twist it around.

Our Snow White is a modern day fairy tale poised between depth and lightness, in which each element of fiction becomes reality: the seven dwarfs are actually garden gnomes stolen from the gardens of the residential neighborhoods, the poisoned apple comes from a crate of candied apples sent to the young Blanche by her father, and the magic mirror is really just the bathroom mirror.

Will this also be the case for our two protagonists?