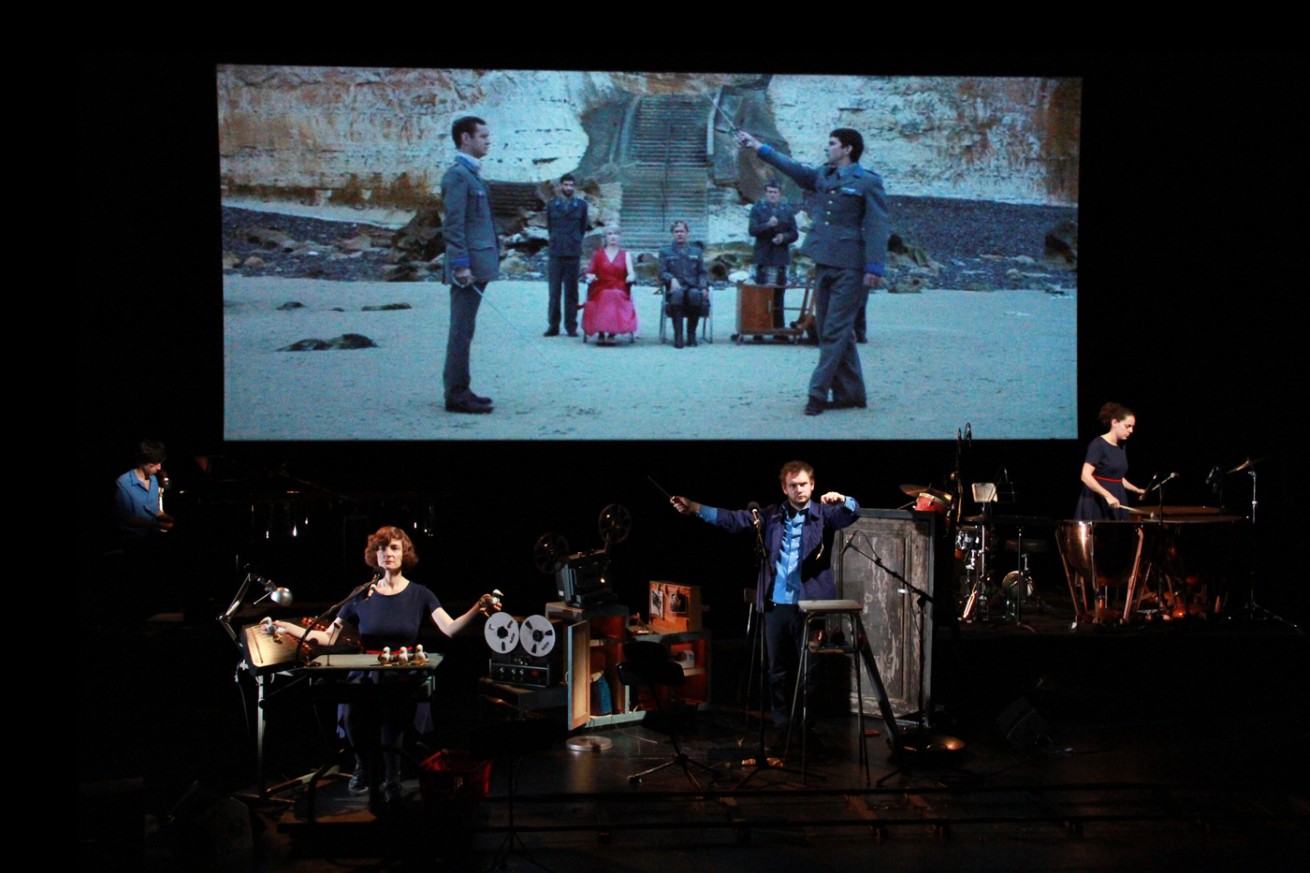 «There is something rotten in the state of Denmark».
Such is the unequivocal conclusion of Horatio, official Court photographer, as he develops his negatives in the laboratory. The images of the King’s funeral and his older brother’s marriage set side by side make it seem as though they formed a single ceremony…

By the seaside, in a crumbling Military Fort, Claudius has taken up the reins of power and won over Gertrude, the wife of his brother who died so suddenly… But his young nephew, Prince Hamlet, is inconsolable. Closeted in his room, he has invented a parallel world and is secretly preparing his revenge…

(Super) Hamlet is a nordic maritime adventure epic, both funny and tragic – a tale about the coming of age of young Hamlet, our super-hero.

Running Time: approximately one hour – For all audiences over the age of 8.