Since 1997, the Cordonnerie has been developing a multidisciplinary style of creation, fusing theater, film and music, that we have decided to name « cine-performance ». Our very first rehearsals took place in the backroom of a shoe repair shop in the heart of Lyon – a « cordonnerie » in French. The name stuck!

From 2002 to 2007, the company was in residence at the Théâtre de Vénissieux. During this period, we began the work of re-writing and adapting fairy tales, reading ourselves into this profound and infinitely rich material, shaping the tales into modern and offbeat versions suitable for all audiences over the age of 6 or 8, depending on the project. We have also tackled works that, on first glance, might not be easily accessible to young audiences such as Shakespeare’s Hamlet or Marry Shelley’s Frankenstein, two monuments whose universal themes resonate for all of us.

This adaptation phase is followed by the making of a silent film. The film is then shown on stage and accompanied by musicians, actors and sound engineers who re-create live the sound texture of the film, using a multitude of instruments and incongruous objects. Film and theater echo each other, giving birth to this completely hybrid stage object where innovative technical research (in terms of sound, image, audience immersion…) brushes with a deep-rooted homespun spirit.

Our artistic project strives to break down the boundaries between disciplines but also between the idea of a theater for children and one for adults. Our shows are truly intended for all audiences since we provide keys to different entrance points. Indeed, we have always thought that to cater specifically to a young audience makes things open to everyone by playing with nuances, the power of suggestion and different layers of interpretation. This allows each audience member to relate to the story on their own level, to shiver with emotion or be moved, whatever their age, culture or life experience may be. Ultimately, working with a young audience in mind comes down to seeking a form of universality.

Since 2005, a repertoire of five shows produced by La Cordonnerie has toured regionally, nationally and internationally (Réseau Scènes – Québec, Kids Euro Festival – Washington, Le Fil Festival – Rio de Janeiro, The French Institute of Algeria, Rotondes – Luxembourg…) adding up to a total of over a thousand performances.

In November 2015, while working on the making of “Snow White or The Fall of the Berlin Wall”, we also devised a short spin-off form called “Udo, gone completely east”. This is a short play whose story is told from the point of view of one of the secondary characters in the first opus, who is also completely absent from the original version of the fairy tale : Snow White’s father.
These two plays are currently on tour as we work on our new show: In the skin of Don Quixote. 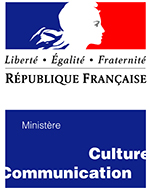